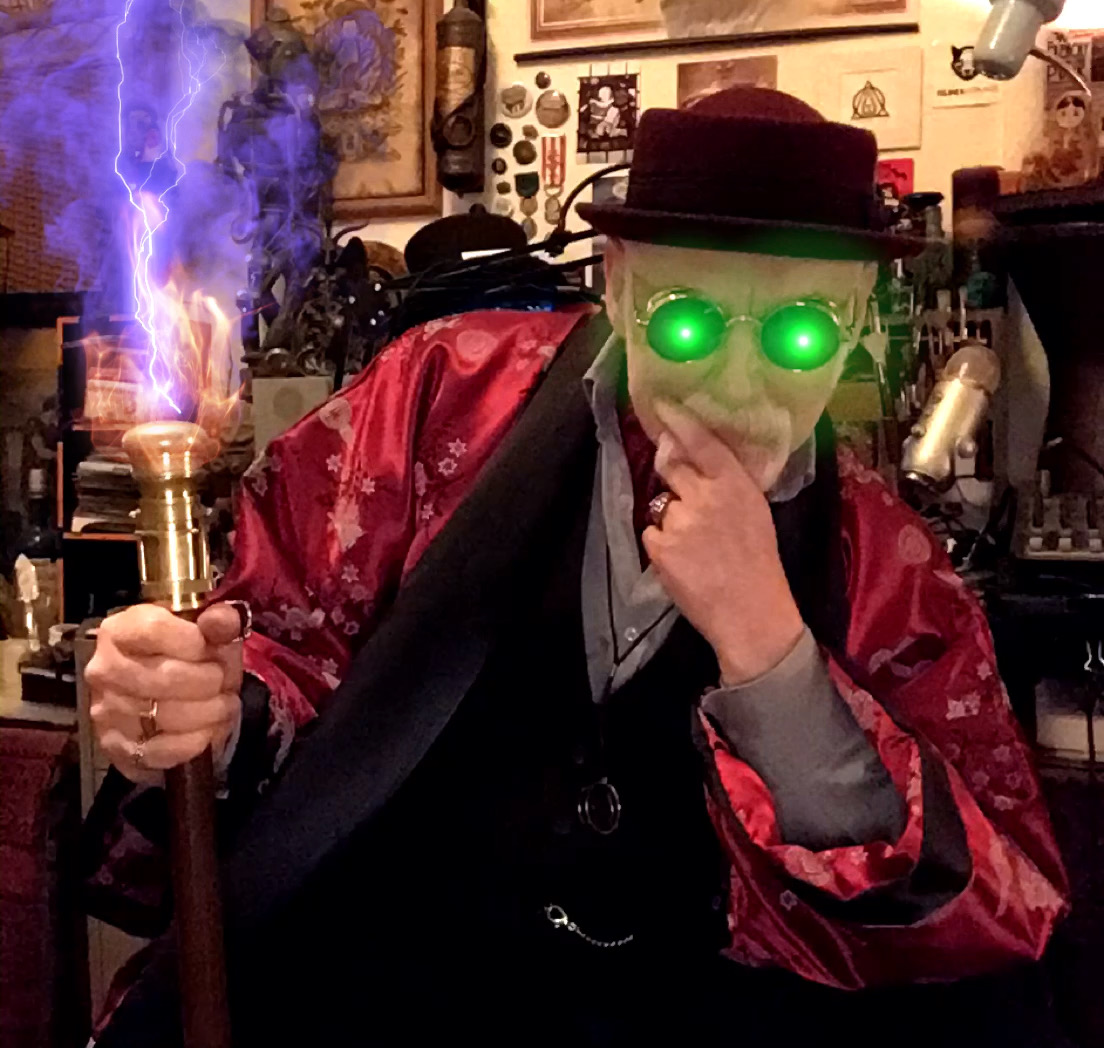 A core element of Atticus’s work is to encourage the expanding list of outstandingly diverse steampunk themed bands, musicians and musical performers to include the north of the UK in their tour arrangements. To further assist this ambition – Atticus has embarked on a mission to promote Steampunk music, arts and events to a wider audience via the digital airways by way of ‘The Absinthe Affair’ – A two hour aether-broadcast recorded in a lost location deep within the wynds and vennels of the living heart of Clockwork Caledonia’s ancient capital Auld Aether Reekie. 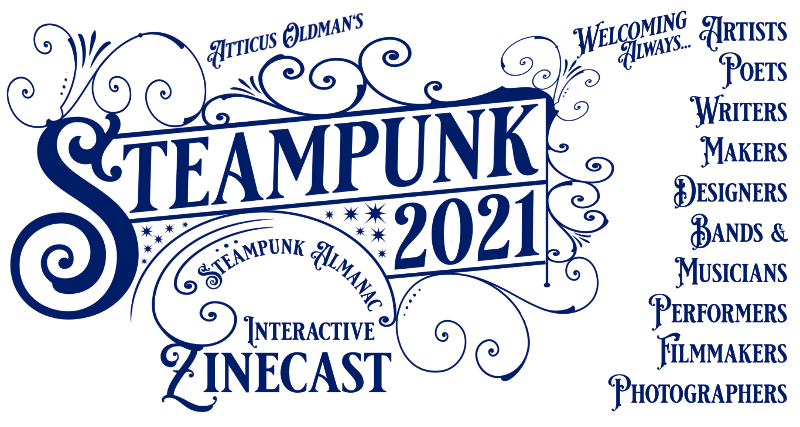 Last year saw Atticus launch the Steampunk 2020 webzine, which in the new year went on to become Steampunk 2021 – The international Steampunk community’s very first Zinecast (combined webzine and broadcast). This free to download non profit interactive publication from the Steampunk Almanac has embarked upon a mission to showcase the finest in Steampunk creativity and, for the uninitiated, provide a glimpse into the mind and imagination under the top hat an’ behind the goggles.

in addition to providing web, print and graphic design services to Cobbles and Cogs… Atticus will also be hosting the live indoor stage and broadcasting from the event – Don’t forget to stop by and say hello!

Safety First! We hope you have a great day – Please remember to wear your mask when indoors and work with the staff to ensure everyone’s safety. Wear your exemption lanyards clearly visible and with pride and keep cleaning those hands – Every trader attending the event joins with Cobbles and Cogs and the Milestones staff in wishing you a safe and happy visit!